What is most striking about this list of 7 diseases is that all 7 are autoimmune diseases.

The immune system plays the important role of protecting the body against unwanted pathogens including opportunistic microorganisms. When the immune system detects a foreign invader, its job is to send out an army of fighter cells to destroy it.

In a normal healthy immune system, it can tell the difference between a foreign object and its own cells and organs.

These researchers discovered a protein produced by the virus, called EBNA2. This protein binds to multiple locations along the human genome that are the exact places where the genetic risk of these 7 diseases is increased. Imagine that. A virus with the ability to interact with our human genetic blueprint and influence the risk for disease.

Here’s an interesting thing to ponder. When your body is infected with a major pathogen like EBV, the immune system wants to rid the body of it and initiates a strong attack. What about all the cells, tissues and organs that are nearby where that pathogen is hiding. In archery, I imagine that even experts miss their mark from time to time, right? The idea of the immune system launching its arrows at the virus and hitting its own body part nearby by mistake seems plausible.

According to the CDC, “After you get an EBV infection, the virus becomes latent (inactive) in your body. In some cases, the virus may reactivate. This does not always cause symptoms, but people with weakened immune systems are more likely to develop symptoms if EBV reactivates.”[2]

EBV can remain in a latent state in your body, like a giant bear in hibernation, your entire life. And then it can reactivate at any time in your life when your immune system is weakened. Think about all the stressful times in your life when your body is worn down, say from the loss of a loved one or divorce or job loss or infection or new disease or cancer or  injury or surgery. Have you noticed feeling worse or developing new mysterious conditions after a major stressful time? Right then, when you are at your most vulnerable, EBV reactivates. It was just waiting for the right moment like a predator and its prey.

EBV is actually a herpes virus that most people contract when they are young causing mononucleosis aka “The Kissing Disease” which results in swollen lymph nodes and fatigue. Normally, your body fights it off and your immune system keeps it in check.

Turn your body into a less hospitable host for that nasty guest.

Reducing the burden on the immune system is one place to start by removing inflammatory foods, eradicating opportunistic gut pathogens, healing your gut lining, optimizing detoxification, reducing stress, getting enough sleep, and supporting the adrenals.

My hunch is that EBV plays a role in many diseases of this day and age, if only we took a closer look.

[2] Centers for Disease Control and Prevention. About Epstein-Barr Virus (EBV). Retrieved from: https://www.cdc.gov/epstein-barr/about-ebv.html

One day my body suddenly broke from hypothyroidism. I clawed my way back to health by devouring the scientific literature. You see, I was once the team leader of an Ivy League professor’s research team with no clue then that those skills would one day save my life and that my site Hypothyroid Mom would spread across the internet like lightening. And then came the day to share all my other precious health nuggets and Yes! Healthier was born. 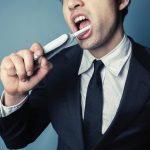 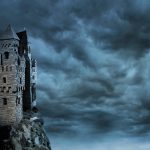 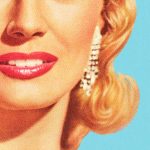 Please help spread the word (I appreciate every share!)